Fruit connect 2 is a game that opens up showing a one-eyed lizard named KiZi before you hit the play button. Once you get into the game there's a bar at the top of the screen that slows moves towards the left, accompanied by a clock ticking sound. Once the bar runs out, your time is up.
The game board consists of squares containing different kinds of fruit. The objective is to match the types of fruit that are on the game board. If you do, then these squares disappear and you get points. So, for example, you might match an apple with an apple, pear with a pear, and so on. It doesn't matter that much where the fruit is on the board, as long as it's the same type. The faster you match everything the better.
Once you have cleared the board, you will get a notice that you have done so, and then you can hit the green Next button to move on to the next board. Every time you score a match, the time bar fills up more, giving you even more time to play the level.
The game appears to be a bit glitchy as sometimes matches don't work for some reason that isn't readily clear. In this case, you just have to keep trying different matches in order to find one that works in order to extend your time and keep the game moving. There may be something that I'm missing, but it looks like the game is just sometimes a bit fickle. In general, it's a fairly standard matching game, except that it doesn't appear there's any order to it in terms of the need for matches to be side by side with one another.
You just match fruit or flower types to others of the same kind from anywhere on the board. Once it gets stuck, finding another match appears to eventually free it up again.
You can turn the music on or off by hitting the musical note square in the top left corner of the game board. 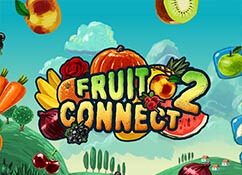