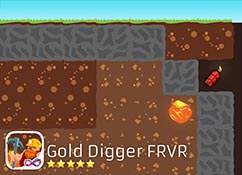 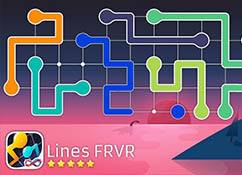 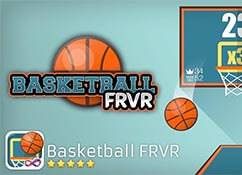 The platform that constitutes the most effective measures of gaming production boils down to ease of access and ability to wrap a consumer into the concept. At FRVR, the strive was to create a gaming platform that all could partake in. The company was submitted as a start-up idea after the CEO of the company experienced high levels of success with HTML5 developments. Fast-forward 6 years and the company is ranking near the top of gaming productions for application purposes and social gaming platforms. The company has created partnerships with Samsung and Facebook, allowing for the expansion terms needed to reach beyond application exposure. Let's take a deeper look into some of the content and explore some of the games that keep FRVR games at the top of the participation list for a growing consumer base.

One of the top ways that FRVR stands above the competition is through creating competitive titles that do not require a user manual. Most of the titles highlight finger games, often involving the use of a finger flick or limited mobility to access and conquer. These finger games rewrite the modern stance of application favorites, keeping the quality high and the success ratio on par with similar creations.

One of the brightest spaces for this company's social experimentation is through sporting favorites. FRVR Hoops is a simplistic look at a basketball game that challenges the user. Simply flick your finger to direct your shots, adding arch and distance consistencies. The more you make, the higher your score gets. The game resets with a miss, keeping this content highly addictive to progressive play. The more buckets you sink, the more account upgrades you stand to receive. String together a shot combination to claim coins for ball exchange, upgrading the accuracy of the shot and increasing the consistency throughout this mini-game.

Get classical by seeking a playing stint with FRVR's Bubble Shooter game. This colorful combination of bubbles has become a hotbed for online and social players. Connect devices with other FRVR players to compete for supremacy in this timed adventure. Collect combinations of three or more bubbles to work your way through these progressive levels. Clear the stage to claim bonuses and account advances.

FRVR games work to create many different titles of play. Their partnerships have expanded their offerings from simplistic designs to 3D favorites that change the modern formula of gaming production. By working with a tech mogul in Samsung, the company has been able to beef their titles with new levels and different advances. The Facebook partnership has added a social aspect that has taken the game content far beyond the simple design of application usage. The future of the company has ensured a positive association between new players and new designs. The continued success of the company will be established through these life-long partnerships and this reads like the beginning for a company that is quickly climbing the popularity scale amongst worldwide game players. FRVR games will continue to deliver top-level content that operates at speeds much higher than downloaded content or streamlined gaming titles.