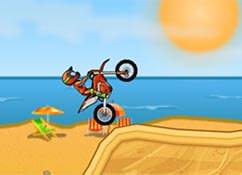 Automobile and motorcycle enthusiasts consider driving more than a necessity that transports them from Point A to Point B on a map. They take to the highways and byways, busy city streets, quiet rural backroads and overgrown dirt paths because they love being behind the wheel or handlebars. For those who race, racing events give them opportunities to increase their skills and prove their talents under high-speed conditions. Online racing competition and simulation games offer some of the same experiences!

Read on to learn more...

Humans have considered racing an important part of society throughout the ages. Thousands of years before cars, trucks, motorcycles, monster trucks and other vehicles, early humans raced on foot and horseback to prove themselves. Early tribal societies often used these types of races as a test to show when a youth had become an adult who could hunt or fight with speed and agility. Races also helped bring together communities. Friendly competitions and wagers with clear winners at the end of a race helped promote socialization and goodwill. Many cultures even used races to end conflicts.

Video games with racing themes sprung up naturally after humans became more dependent on computers. People no longer had to own a race car or other vehicle to experience the thrill of winning a race. With the creation of simulation games and then virtual reality tools, they could even teach themselves many of the things they needed to know about the design of a vehicle and how to use it and engage in realistic experiences before deciding to try the real thing.

In online Race games, the race typically involves some sort of closed or open course or route that a player must complete to win. A player might compete against their own previous times or non-player characters in singleplayer mode or real-world players in multiplayer mode. They might win points or coins as they play or at the end of each race and receive recognition on a leaderboard. Many games also offer players options for modding or upgrading their vehicles using their winnings.

Race games are always set in themed settings designed to either mirror real-world locations or create one or more particular challenges for a player. A course might look like a professional racetrack, city streetscape, sandy beach or dirt road. The racecourse typically features one or more obstacles that the player needs to maneuver, such as hills, uneven terrain, roadway construction, damaged sections and deadly equipment. The player must drive around or jump over these obstacles or destroy anything in their way using weapons affixed to their vehicle. They might also need to force other players off a course or destroy vehicles to win.

Get behind the wheel or grab a bike and go!