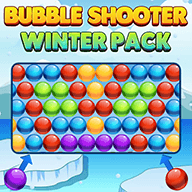 Are you bored and want something to cheer you up? If so, Google has got your back with its easy-to-play Solitaire. You don’t need to download this game to your device. Instead, search “Solitaire” on Google and play the game straight away from the search results. The game has clean, vibrant, and sleek visuals that don’t stop to impress.

The game lets you draw one or three modes, and each comes with an exceptional experience. Google Solitaire suits players that want an enjoyable, relaxed, and simple game that is easy to play. Over the years, Google has been offering players thrilling browser-based games, and Solitaire is not an exception. Google Solitaire should be on your to-do list if you enjoy having fun with Klondike-style solitaire games.

How to Play Google Solitaire

As a new player, it’s worth noting that this game doesn’t have a tutorial. However, the lack of tutorials is not an immense problem as the game is easy to play. Google Solitaire includes a pretty straightforward design that doesn’t have sophisticated features. Therefore, you should quickly master the Google Solitaire regardless of your proficiency in solitaire games.

Google Solitaire has a similar Klondike-style gameplay formula as other traditional solitaire games. The gameplay rotates around manipulating cards, and you must move them around the playing field until you come up with four stacks. Every stack should start with the King at the top and end with an Ace at the bottom. The core gameplay is pretty enjoyable and does not have any significant problems, glitches, or bugs that would interfere with your overall playing experience.

The notable thing is that Google Solitaire doesn’t incorporate exclusive gameplay elements that players can find in the newest solitaire games. In its place, it focuses on keeping things as straightforward and straightforward as possible to give you a memorable and stellar gameplay experience.

Players should consider playing this solitaire game due to its clean-looking backgrounds, minimalistic design, fluid animations, sharp card designs, spot-on interface, and vibrant colors that combine all the things. Google Solitaire signifies that a game doesn’t necessarily need to have flashy elements to be appealing. What’s more, the game is entirely free to play, and you can play it straight from your browser at any time of the day.

Copyright 2021 Bubble Shooter
Bubble Shooter | Games for your site | Add game | Cookie Policy | Privacy Policy | Contact | All games | Blog
Play Google Solitaire, here you can play the Google version of solitaire for free. Are you bored and want something to cheer you up? If so, Google has got your back with its easy-to-play Solitaire.
Most Played
Bubble Shooter | Mahjong Connect | Original Bubble Shooter | FRVR Games | GIRL Games | Block Games | IO Games | Word Games

×
Embed the game Google Solitaire by adding the following html code to your website:

Link to the game Google Solitaire with this code: