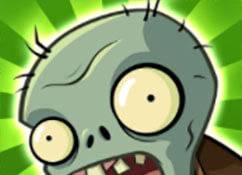 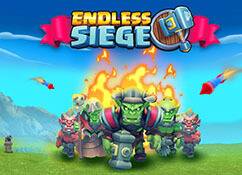 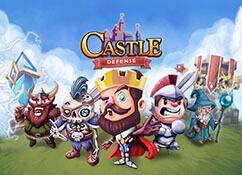 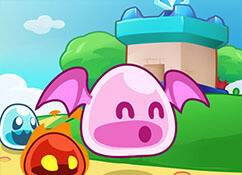 Since the 1980s, avid and first-time video game players around the world have enjoyed discovering Tower Defense (TD) games!

In TD games, the primary goal of a player or players is to construct, position, utilize and rebuild weaponized towers and other defensive structures to protect a base location (i.e. military base, kingdom, town, factory or forest), possessions or people against attacks from waves of human and/or inhuman enemies. A player can choose to defend against non-player characters in single player mode, one or more other players and non-player characters in multiplayer mode, or all types as a member of a team in co-operative mode.

- They require that players use strategic planning when defending against attacks. Players must anticipate what their enemies might do next and prepare for those possibilities. Strategies include short-term and long-term plans, which means that a player's choices dictate future outcomes. For example, the placement of a tower in the wrong position can give the enemy an opening that leads to unwanted destruction. Players can obstruct the movements of enemies or destroy them outright with various weapons. In some games, they can send out fighters or armies from barracks or towns in addition to using defensive structures.

- These games typically feature an infinite map-style gameplay field that allows players to build and position defensive structures seemingly without limitations. Most games provide a top-down, scrollable view of the map and a picture-in-picture mini display of the world. A map might feature geographic elements like grass, roads and trees or plain solid backgrounds. Many newer TD games that offer multiplayer options feature more than one perspective. They might provide three-dimensional gameplay or combine elements from other games, such as collectible card, third-person shooter or turn-based gameplay.

- Achievement systems are another huge element in TD games. Players must complete increasingly difficult tasks or meet specific goals to receive coins or points to upgrade their weapons or rewards to unlock new elements and progress to new levels. A game might require that they build factories to make ammunition for their weapons. Upgrades usually involve options for repairing or replacing structures or altering weapons to increase attack damage and firing range. In dungeon-style, maze TD games, players must do more than fire on enemies. They must block paths and exits or create mazes to redirect enemy attacks.

- In most TD games, each defensive structure features a unique weapon. Players monitor and use as part of their strategies information about how well one tower compares to another and position weapons based on where a specific tower can do the most damage given its capabilities. When managing these areas, a player can usually study and compare weapon ranges, damage capabilities, reload options and upgrade costs. Resource management also matters. If a player must make their own ammunition, then they need to defend raw material mines and processing factories as well to guarantee that they don't run out.

Strategically defend a base, kingdom, town or other position against a multitude of enemies on your laptop, phone or tablet at your leisure alone or with friends today! /