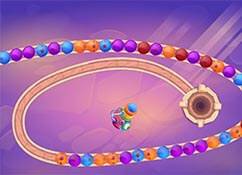 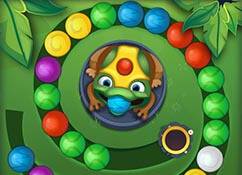 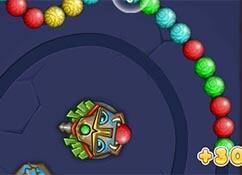 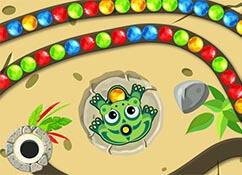 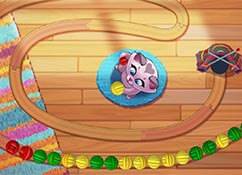 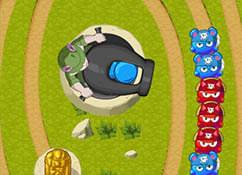 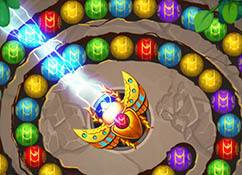 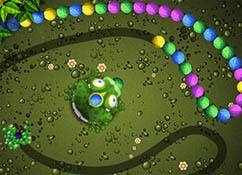 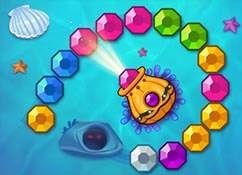 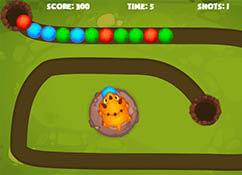 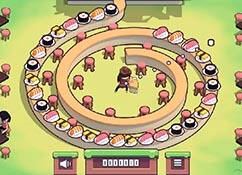 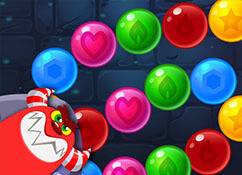 Zuma is a video game that involves matching tile puzzles. The game was published by PopCap games and can be played using smartphones, iPods, and even PDAs. Since the earlier version could not be played on windows devices, another version of Zuma was produced which was enhanced for windows and Mac operating systems. This new version was called Zuma deluxe; it could even be played on Xbox 360. Zuma has won some awards including the game of the year award which they got in 2004.

The goal of this game is to get rid of all the balls that move on the screen on a given path. There are some previous balls before the ones that moves along the screen when they get to the yellow skull structure, it opens to a range of degrees this is in acknowledgement of the ball that are coming. The player has an allowance to have two balls in the play and can switch between then if they decide. When the ball gets to the yellow skull structure, the remaining balls follow resulting in the player losing a life.

To prevent the balls from getting to the yellow skull structure, the player is given an alternative of using the stone frog idol’s mouth to fire colored balls towards the oncoming chain of balls, that continue coming forward till the player gets the yellow bar filled. This will make the production stop off-screen. When three or more balls bearing similar colors come into contact, they result in a chain of explosion. Each level is registered as complete immediately when the bar gets filled and the player gets rid of all the balls on the screen.
Bonus is awarded for collecting coins, chains for being the cause of explosions with every consecutive ball, and creating an explosion through gaps of other balls. If a player can complete a level within ace time, they are rewarded time bonuses, which vary some may get thirty seconds while others four minutes. It all depends on the level you have reached.
The balls have four kinds of power ups which show up, they can be triggered using the power-up to explode the ball. If there is a connection of balls, the balls from behind push the further out chain back for a brief period. The speed of the balls is reduced for a short period of time by the slow-down balls. Quicker shots are produced by the accuracy ball and direct the arrow to where the ball will be shot. To explode all the balls within a limited radius at the spot and time of its explosion an explosion ball is utilized. However, if the explosion balls do not explode quickly, the power-up balls will start returning to their regular state after a given allowance of time.

Zuma game has four game modes; Adventure mode involves the player going through Polynesian like an island in match 3 which is governed by angry god Zhaka MU. In every five levels, the player gets a checkpoint which a player can use as a substitute for life, if he/she runs out of life. At the last point of each island area, the player meets a tiki god and is required to encounter the god in a ruler’s battle. In match 3 the heroic frog is unlocked by clearing adventure mode. The gameplay of heroic frog has similarities to adventure but is harder to play. When playing iron frog, the player is required to go through ten levels using one life. This mode is tougher than the Heroic frog.
In all the levels except challenge mode, the player should reach a general goal to attain Zuma. Here is a point the levels stop adding balls to the strings resulting in it moving temporarily backward. During this period the player is expected to clear all the balls that are in the playfield in order to move to the next level. Once the player reaches challenger mode, the player is granted three minutes to get as many points as also getting power-ups which increases their score multiplier along the way.

Gauntlet mode has the advantage of the player choosing to game a previous level, which they had earlier attained in adventure mode. They have a choice to either do practice on passing the level or alternatively play in survival mode which involves, a challenge in colors, to make it worse the speed of the balls is potentially increase. Gauntlet mode has level classification mode which is; rabbit, eagle, jaguar, and sun god. A player is expected to fill the seven stages when practicing which has strips of seven bars that are in survival mode before moving to the successive level. When the player reaches the sun god, here the velocity at which the balls moving is constant speed even when they get close to the yellow skull. A player can continue playing without ending because the level classification does not have limits in stages and bars.
I hope this article helped describe Zuma gameplay in detail and expounding further on the necessary tricks you can use to navigate the various stages of the game.