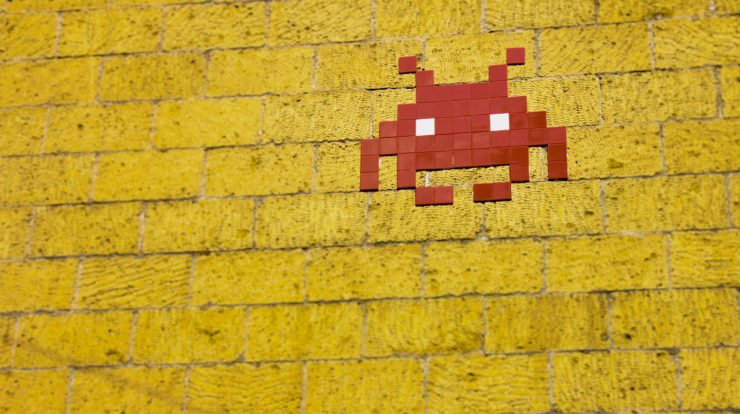 Flash is a technology that made it possible for many developers to create greate videogames that could be run from any internet browser. However, technology has changed over time which has brought new browser technology such as HTML5. Each of these games has gone on and influenced HTML5 developers to introduce interesting new mechanics typically not seen in games played via web browsers.

Agar.io starts when you play a small ball collecting different spheres that appear on the map so that you can become bigger. The unique twist to Agar.io is that this HTML5 game allows you to play with players all around the world so that you enjoy a more interesting experience that changes over time instead of playing versus AI opponents. Agar.io has gone on and influenced other developers to create addictive web browser games using HTML5 technology.

CrossCode is an action RPG that combines many modern gameplay elements with those used prominently in RPGs that came out on the SNES. The game isn’t unique in its gameplay elements but that the developers decided to become a part of the HTML5 game library without actually running in a typical browser when you purchase the full game. Players who are looking to play the game can try a small demo that works in internet browsers before purchasing the game on platforms such as Steam. The developers of CrossCode are currently looking to port the game over the platforms such as the Nintendo Switch so that you can see HTML5 games available on many other platforms that might not even have an internet browser on them.

Cookie Clicker is known as one of the most popular incremental games in the world. In Cookie Clicker, you’ll play the role of a grandma who needs to keep clicking to generate cookies. Along the way, you’ll be able to spend your cookies on automated machines that can make cookies over time so you’ll be influenced to keep the game even if you have to go to school or work. Cookie Clicker influenced the HTML5 game industry a lot by making incremental games more popular rather than the niche titles they were before.

Krunker.io is a multiplayer shooter that is available in any modern internet browser to play. This game is unique compared to other HTML5 games as it resembles many modern FPS franchises such as Call of Duty and Battlefield without being so taxing on computer systems. The game is also free and quick to play so that you can grab a couple of friends and be playing a match without waiting for someone on your team to download on a slow internet connection. Krunker proves that HTML5 developers can evolve game concepts to work on many different platforms.

2048, heavily influenced by the mobile game Threes, is a sliding block puzzle game built using HTML5. Due to the game being open source, the game quickly flooded the app stores on Android and iPhone devices because any developer could cash in on ad revenue due to players looking for something addictive and free to play. 2048 heavily influenced the game industry as the idea of modded and open-source games were now able to quickly spread on platforms in ways that they haven’t had before on release.

The World’s Biggest Pac-Man is a unique open-source adaptation of the classic Pac-Man series. Pac-Man has been a classic game for a long time due to the gameplay that doesn’t get old for many but The World’s Biggest Pac-Man solves the issue some have that the content available in older Pac-Man games gets stale as you are used to playing the same levels over and over. This adaptation allows users to create their levels to be placed into the game so that anyone can experience levels that they never had before. Advanced leaderboards are also available in-game so that players don’t need to go to any outside sources if they are looking for a challenge.

New game platforms and game genres are going to constantly make it so that businesses are going to have to adapt the right game engines and programming languages for them. Based on the games listed before us, we can predict that we’ll constantly be seeing innovation in not only how an HTML5 game is created but how it’s published for the whole world to play. Make sure that you are always talking to your game savvy friends and family when you want to know the upcoming HTML5 games that you should be looking forward to.