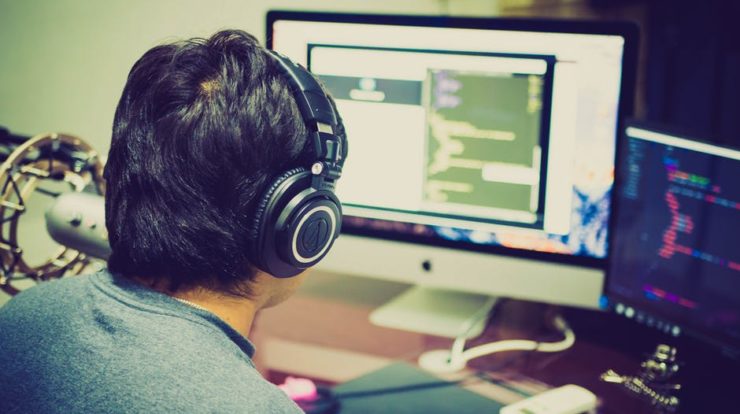 Video games have come a long way from the pixels of the basic Pong game from the early 1970s. Nowadays, video game trends include hyper-realistic graphics, addicting gameplay, and an engrossing story.

Despite the amazing games that already exist, the future of video games looks extremely promising.

It’s a great time to be alive if you’re a gamer and it’s only going to get better when future games finally arrive.

Do you want to know what you have to look forward to?

Keep reading to learn about 5 exciting facts about the future of gaming.

Most people are used to booting up a sleek but hefty console to play a large-scale video game on their television.

However, the future of gaming is going miniature with more and more big-time franchises coming to the small screen of your mobile phone.

When it comes to mobile gaming, popular franchises like Diablo and Call of Duty have already been released.

In the future, you might be able to play Halo or World of Warcraft from your phone as you commute to work.

Last year, Sony Interactive Entertainment claimed a patent in the U.S. for what is being referred to as a ‘holographic screen.’

You might be thinking of the holograms from Star Wars, but it seems that in the near future those holograms will be playable within the world of video games.

It’s a safe bet that the technology will be compatible with the upcoming Playstation 5.

This kind of technology will definitely make video games even more immersive than they already are.

With the Oculus Rift, we’ve already seen the beginnings of a revolution within the video game industry.

Although the technology is still being improved, we can expect it to go further and further so that games can allow you to fully escape into another reality.

Can you imagine being swept up into the fantasy world of the Elder Scrolls games? You might end up forgetting who your friends and family are.

The Nintendo Switch is a handheld console hybrid and we can expect to see more consoles like these in the future.

Many people want to be able to play on the go rather than being stuck on their couch.

With handheld consoles, they’ll be able to take their favorite games with them wherever they go.

As technology improves, it will become cheaper and easier for the average Joe to make their own game.

Considering this, we can expect to see a ton more indie games that will be cheap to buy and fun to play.

Are You Ready for the Future of Gaming?

Now that you know 5 exciting facts about the future of gaming, you can be prepared for the awesomeness that is going to come.

Why wait around for games that aren’t out yet when you can play the highly-addicting games from Bubble Shooter?

Whether you’re a casual gamer or a serious gamer, we have the perfect game for you, including Candy Bubbles and Bubbles Pro.