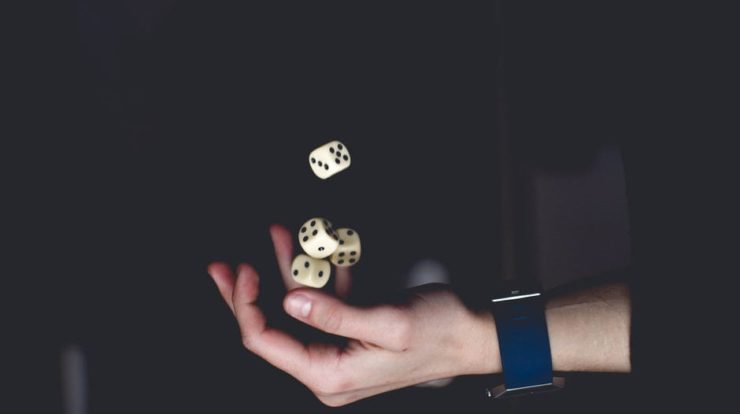 Flash games were all the rage in the late 2000s to mid-2010s, and thousands of people still play them to this day. But Flash software came with a host of problems, from hackers to incompatibility issues and beyond. Now, it seems like the present and future of browser-based gaming lies in HTML5 games.

But what are HTML5 games and why did so many developers make the switch? Read on to find out.

Html stands for HyperText Markup Language. It is the programming language used to make the majority of webpages, from displaying text to images to dropdown bars and more. Without HTML, you wouldn’t have all your favorite websites, and certainly wouldn’t be reading this list right now!

Html5 is the latest version of the HTML language. Before html5 webpages made through HTML were much simpler, featuring only basic text and images. A secondary program, Adobe Flash, was used in conjunction with HTML to display videos, graphics, add interactive features to websites, and of course allow people to play Flash games.

However, times have changed. With the release of HTML5, having Flash installed into your browser simply isn’t necessary most of the time. HTML5 can do a lot more than its predecessors, and can even be used to make games! Plus it’s free, making it a much better option for those dabbling in game development.

Simply put, html5 games are more popular because they don’t require any extensions to play. There’s no messing around having to install the latest version of Flash, which is a huge plus for those who aren’t the most technically savvy.

For developers it might be a better option because the html5 programming language is open source, meaning you don’t need to buy any expensive programs like Adobe Flash to produce a game. Open source also means that people are constantly finding new and exciting ways to expand on the programming language, giving developers ways to share their developments easily and grow from the community.

Steve Jobs was an outspoken hater of Flash, and famously decried it a failure for the future. Apple products have never used Flash, instead opting for HTML, and many others followed suit after Jobs made this statement. YouTube even used Flash at one point in its life, but has since switched over to HTML5 as it increases peoples’ abilities to use the website easily.

Of course, some people still use Flash for their browser games. Websites like Newgrounds and Miniclip were built on Flash animation and games, and still host a wide variety of these on their sites. Flash isn’t going anywhere if you still want to use it, it’s just not exactly the most popular choice anymore.

On top of all that, HTML5 uses less power to play games than Flash did, which is important in a landscape dominated by mobile games. Nobody wants to sacrifice their battery for a game, be that on a laptop or a phone, and HTML5 helps eliminate that worry.

What Can You Make With HTML5?

HTML5 can be used to make everything that Adobe Flash can make. It’s used to make cartoons, interactive website features, display videos, and play and make video games. Some people prefer the closed-programming of Flash, but beyond that, there’s nothing that Flash can do that can’t be achieved with HTML5.

There are a lot of games made with HTML5, including some that rival console games. One of the most popular and impressive examples is the game CrossCode, a fully fleshed-out action RPG game with hundreds of hours of gameplay. It’s made to look like a Super Nintendo RPG but features full skill trees, action-packed gameplay, and hundreds of missions that put even some console games to shame.

Another impressive one is HexGL, a 3D racing game set in space. This game is very different from CrossCode from the gameplay to the graphics and shows off the breadth of possibilities for HTML5 and gaming. You can make something simple, or something complex using HTML5.

People have even ported popular games like Angry Birds and 2048 to HTML5, and the transition is flawless, allowing you to play these games on your browser. If you’re not convinced about the power of HTML5 games, just try out one of these.

On the technical side, HTML5 accepts a ton of game frameworks and engines for developing games, like Play Canvas, Kick.js, Minko, and Unity5. Flash doesn’t allow for any of these, restricting certain game makers. HTML5 is also faster, as it debugs in real-time, doesn’t make you wait for compilation, and gives you APIs for Canvas, Web Audio, and WebGL — everything you need to make a browser-based game.

HTML5 can also make games for offline play, such as CrossCode, which is available for purchase on the Steam store and incredibly popular over there. It’s a much more accepting program language than Flash ever was, and allows developers to do things they’d never be able to do otherwise. Flash is truly dead, and HTML5 killed it.

There’s no arguing that HTML5 is a big step up from Adobe Flash in every way, from the developer’s side of things to the consumer’s. Whether you’re just trying to play a game or produce one, HTML5 is the way to go, and probably what you’re going to be drawn to. Throw that old Flash dinosaur away and step into the present of gaming with HTML5 games.

For a truly great HTML5 game, check out this game, available for free on your browser. And feel free to contact us with any comments, questions, or concerns!