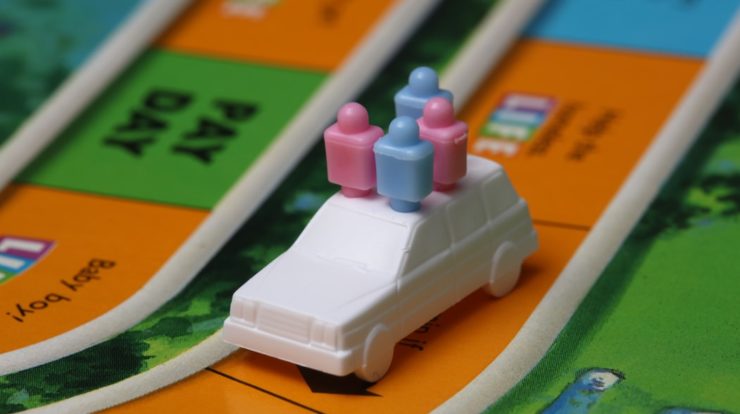 Front end game design is a great skill, ever-growing in its popularity – and for good reason. These games are simplistic enough to be easily sold and marketed while effective enough to promote an enjoyable product.

Online games created with HTML5 are easily marketed because of their reach. These games are playable and have a widespread appeal. Both serious and casual gamers, even those who do not think of themselves as gamers at all, have likely stumbled upon an online game that’s hooked them.

These games often pose a simple concept. The initial learning curve is easy, drawing in hordes of players. As the games advance, their difficulty continues to ratchet up. With their repetitive and simplistic structure, these games quickly become addicting.

In addition, these games often require very little though, allowing users to play in them in their downtime or to blow off some steam. Easily accessible both on the computer and on the phone.

What Does Their Popularity Mean For You?

As a front end game designer, you automatically gain a skill that looks impressive on your resume. While HTML5 is not exceedingly more difficult than HTML, the follow-through needed to complete a game and the marketability of these games is likely to impress.

Stick With What You Know

Take a look at some of the most popular games on the market and analyze them for trends. What makes them stand out compared to the others? Look at the trends between the games and take some notes.

These are all important factors that big game development teams take the time to analyze, and your experience game designing should be no different.

Prepare to Wear Many Hats

As with analyzing the competition, you’re going to have to handle a lot of tasks that would normally be doled out between a larger game development team. It is likely you’re going to exercise your vision exclusively.

Even if you plan on hiring contractors to take care of certain aspects, such as freelance musicians for the background music, you’ll still need to form an opinion as to what music will work best for your project.

Many online games choose soothing background music for good reason. This music is unlikely to turn anyone off from your game. The soothing music will keep them playing your game for longer and keep them thinking about your game even after they stop playing.

If you’re unsure of what choices to make in any aspect, you’re going to have to do some additional market research. This means you’ll not only be the developer, but the researcher, marketing team, web developer, and more, all at once.

While many online games focus purely on the addictive game mechanics popular in the genre, some of these games take the time to develop a storyline that will keep players interested.

There’s nothing wrong with either approach, but you’ll need to plan this out before you even begin designing, otherwise, you won’t know what to design.

The visual aspect of your game is going to be one of the most important aspects of the planning phase. You’re going to need detailed plans to reference once you begin designing the game. Be sure to have detailed plans on hand and you’ll save yourself the headache of attempting to create the game in your mind as you go.

While you’ll want a visual representation of how you’ll want your game to look, you’ll also need to create a map of how the game should go. Any game programmer will tell you that you’ll need a cause and effect flowchart.

If your game contains different levels, you’ll want to layout their progression. As the game’s architect, you’ll need to know the first and last steps, as well as everything in between.

The flow of the game is the bulk of the game’s plan. Feel free to start with a very basic plan as you begin your venture into game design. As you become more confident in your designing abilities, do not be afraid of adding additional steps to your game’s plan.

In order to effectively create a game, you’re going to need to create what is called a game design document. This document is essentially the file your game lives in, and where your HTML5 knowledge will begin to show.

As you have your game design blueprint, go ahead and begin designing the game from beginning to end. This can be intimidating the first time you make an attempt, and you may feel intimated without knowing where to start.

Simplify this process by starting at the beginning and choosing small tasks to start with. As you gain momentum and begin checking tasks off of your list, you’ll likely become more confident in your game design abilities.

As the game begins to take shape before your eyes, you’ll likely be amazed at your first foray into the world of front end design, regardless of the complexity of your online game.

This is where extensive planning comes in handy. As you have every aspect of your game written down, you’ll want to break each aspect down into tasks. Ask yourself what you need to accomplish in order to get the ball rolling, either figuratively or literally depending on your gameplay mechanics, and break that down into individual tasks.

Once You’ve Got a Game, Analyze Its Playability

Utilize every platform you can get your hands on in order to evaluate how your game performs on each.

You’ll need to take a close look at how your game performs on:

You’ll likely begin with optimizing your game for your web browser of choice, but you’ll need to ensure your game is highly playable on mobile devices. These games have a large reach on devices such as iPhones and Androids.

In fact, your games portable playability make be one of the most important aspects of keeping your game popular. Check the game’s orientation on each device in order to determine if it should be optimized for landscape or horizontal play.

You’ll also need to look at the game’s aspect ratio in order to decide how to best optimize it for each device, as well as its resolution on each device. A game that looks amazing on mobile but, unintentionally, pixelated on PC will likely be seen as poorly made.

The process of creating an HTML5 is one that is highly involved. Creating even the most basic of game functions in such a way that they function well over and over again can be tedious.

You’ll need to be sure you’re buckling in for the long-haul. The more complex and interesting your game is, the longer it’s going to take in order to create. Once the game is created, you’ll likely have to go back and forth in order to optimize it for each platform.

This process is long, and just one piece of misplaced code can cause the entire game to malfunction. Remember to be patient and step away from the game when it starts to be overwhelming.

HTML5 is simpler to learn than one may originally anticipate. Do not lose sight of this when you begin to program your game, although it may seem difficult at first. You’ll likely experience an initial learning curve.

Luckily, there are many resources available on the web these days in order to help programmers create the game of their dreams, or at least help them to dip their toes into the water of game development in order to determine if it is for you.