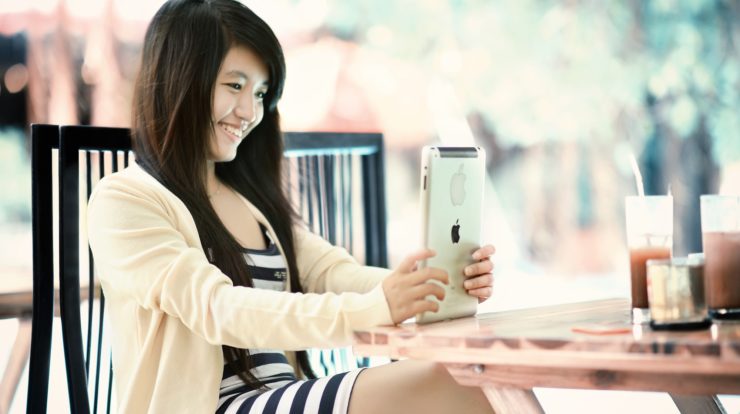 The concept of casual online gaming is getting more and more popular. What used to be a niche activity is now more mainstream than ever, with people playing games to destress after work, socialize occasionally with long-distant friends, or just exercise the brain’s reflexes and problem-solving abilities from time to time.

Whether you’re thinking about joining the millions of other online gamers or you’ve already worked popular online games into your weekly schedule, there are many statistics about online gaming culture that are extremely interesting.

Keep reading to learn about 7 surprising statistics on casual gaming.

1. Many Women Play Video Games Too

The stereotype is that men are the only gamers, hiding in their man caves and only coming out of the TV-lit darkness to get more snacks and maybe have a bathroom break. However, like most stereotypes, this is simply not true. Women play online games almost as much as men.

While male video gamers are still in the majority at 54 percent of the online gaming community, female video gamers still make up a whopping 46 percent. Although this statistic comes from 2019, this is the furthest thing from a new trend.

Female gamers have been holding their own in the gaming community for years, with the peak of their activity in 2014 when they made up 48 percent of gamers.

Although it’s true that almost as many women as men are gamers, there is a disparity between what kind of gamers they see themselves as. Speaking from a biological and psychological standpoint, men are more aggressive, which might explain why they more often consider themselves expert gamers or aspiring professional gamers.

One would think that either the PlayStation 4, the Nintendo Switch, or the Xbox One would be one of the most popular gaming platforms, but this is not the case. Most people, especially casual gamers, actually play games on their phones.

Not everyone can afford an expensive console to play expensive games with an expensive controller. However, most people do have phones, and such devices are getting more and more sophisticated.

Mobile phones are the gaming platform of choice for most gamers throughout the world. In fact, Germany is the only country where mobile phones do not reign supreme. Rather, Germans seem to prefer computer gaming most of all.

4. Slow Downloads are a Widespread Problem

Did you know that most casual gamers across the world report being irritated by the fact that downloading a game takes forever? Even with high-speed internet, it can still take quite a while to get a full game onto your hard drive.

Despite this, downloading games is still the preferred method, rather than buying physical copies online or from a store. The good thing about this is that it’s more environmentally friendly because it saves the need for a plastic case and disc.

5. Single-Player Games Are the Most Popular

The online gaming community is so robust that you would think multiplayer games are the most popular gaming experience on the market.

However, when it comes to casual online games, people prefer single-player experiences most of all. These games are often simplistic but addicting, such as puzzle games, physics-based games, card games, and more.

While social gaming has its benefits, there can still be something very zen and relaxing about playing a game by yourself. Plus, such games often have scoreboards where you can indirectly compete with other players for the highest score.

6. The More Casual the Better

Casual games are great because they require little time commitment, they can be picked up and put down with ease, and they can be easy to get the hang of. Despite money being pumped into blockbuster games such as the Call of Duty franchise or Death Stranding, casual gamers are more attracted to games on the opposite side of the spectrum.

More and more people are downloading what’s being referred to as “hyper-casual” games. These are games that have little plot or no plot at all, that can be played with the tap of a finger rather than a controller with a ton of buttons, and are games twhich are simple and straight to the point.

Another benefit to such casual games is that they take up a very small amount of memory, unlike the dozens of gigs it takes to download a complex, narrative-driven game. Because casual games are often small in size, you can carry a bunch with you on your mobile phone.

Casual gaming only became an international sensation with the advent of the internet. Because of the internet, many web-based games that are simple and free to play were created.

To begin with, Flash games were quite popular and did a lot for casual gaming but now that has been replaced by HTML5 technology. The reason is that HTML5-based games can be played across a range of devices, from desktops and laptops to mobile phones and tablets.

This allows for an experience that can be picked up anywhere, anytime. Best of all, if it’s an online game, then that means there’s more opportunity to encounter a wealth of other players.

Are You Ready to Be a Part of the Casual Gaming Phenomenon?

Now that you know about these 7 surprising statistics on casual gaming, you can join the crowd and have a blast bonding with others.

Bubble Shooter has many games that are sure to entertain you in a casual but addicting way. Check out this large collection and get the ultimate online gaming experience for free!